Okay, the post title is good advice more or less anytime. There is something about most of the humans I have ever met that makes it easier for them (and me, who am I trying to kid) to look at all of their many faults and decide that on the basis of said faults they can’t do . . . well many things. Some of these things are quite cut and dried, for example you might have heard someone say some variation of this, “I didn’t apply myself in school so I didn’t get grades good enough for me to even consider applying for X.” In the church we often hear something like this, “I have been such an awful person in the past that I can’t teach Sunday School or serve on a committee or sing or . . . .”

I was reflecting on this tendency when I was getting ready for this Sunday’s services and I realized that there is a biblical answer or response to the sermon title, which was “God can’t use me . . . . Can He?” and that response is 1 Timothy 1:12-17. In this passage we see Paul discussing his own background including some previous behaviours that would certainly seem to bar him for service to God, including being a blasphemer, a persecutor of the church and a violent man. He then goes on to say that in fact, he can still serve God! Not because of what he has or has not done but rather because of the mercy God showed toward his ignorance and unbelief and the grace poured upon him.

The entire point is that we don’t have to somehow try to justify the unjustifiable to make us acceptable as servants of God. We don’t have to explain away what we have done wrong. All of our past in one sense doesn’t matter because it is through the grace and mercy of God that we are allowed, prepared and equipped to serve. So don’t beat yourself up. Paul didn’t. He simply admitted what was in the past and moved on. 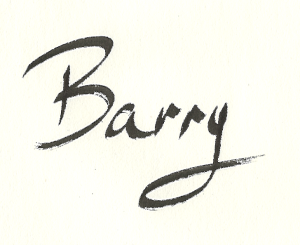 PS Be as kind to yourself as you are to others