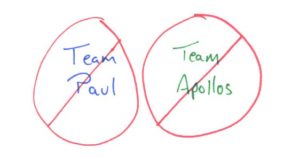 Ah, belonging. There are few things more necessary to the psychological health of the human person than a feeling of belonging. We all want to belong, be part of the team, be part of the group, be part of the family. This is simply part of what it means to be human and most of us couldn’t turn it off if we wanted to. There is nothing wrong with the desire to belong nor is there anything wrong with the reality of belonging. However, you knew there was a catch, if we use where we belong as a way to create tension and divisions between us and others, that might not be all good.

St. Paul, in his first letter to the church at Corinth, has some things to say about people creating divisions in the church and they aren’t positive affirmations of good choices. Paul speaks quite strongly in many places about the need for unity within the church, both individual congregations and the universal church, and in this instance he speaks specifically about people creating divisions. If we read between the lines of 1 Corinthians 1:11 – 12, it appears that people are using their first teachers to differentiate themselves from others and then quarreling about it. This is where the problem is, identifying your primary teacher is fine; using that identification as a source of superiority or inferiority in anyone is not fine. We can self-identify as progressive or conservative; young or old; hymns or choruses; and on and on, but if those identifications prevent us from being in unity with our sisters and brothers then we need to look very carefully at them. Creating division where none is needed is not the mark of the faithful follower of Jesus but the exact opposite.

Knox Presbyterian Who do you belong to?

St. Mark’s Presbyterian Who do you belong to? 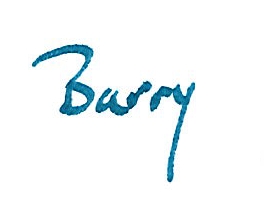