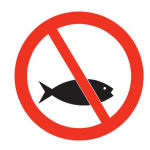 It is virtually impossible to have the book of Jonah show up in the Lectionary and not think of fish. It is even more difficult to get away from fish when the Gospel lesson involves Jesus calling some of his followers away from their vocation as people who fished for a living. However, neither of these sermons is really about fish. I hope you are not disappointed.

Rather, these sermons are about the nature of being called. Jonah was called, a call he refused to hear at first; Simon, Andrew, James and John were called and accepted. What were each of these calls about? What were they called to? Jonah was called to preach judgment and the four fishers were called to follow. While there are many things we can take from these calls, many things we could talk about, the think I wanted to spend most of our time on was the uncertainty of these calls. Jonah was asked to go a place that frightened him with no particular guarantee of success. Simon, Andrew, James and John were asked to follow and become fishers of people, whatever that meant.

The question becomes, is our call that much different? Are we called into uncertainty? Give one or both of the sermons a listen and let me know what you think. 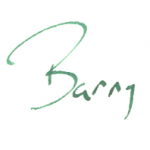