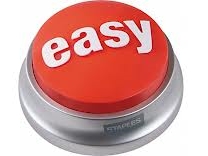 There is something essentially human about taking the easy way. It is such a part of being human that we have turned it into a vice. What once was a path to efficiency and minimizing effort has become something to be avoided. There are very few of us who haven’t heard some variation on “don’t take the easy way out.” I want to go on record that I have told this to all sorts of people, including my family and even me; there are times when it is warranted. However, there are some times when what appears to be the easy way is actually much more difficult. Just because something looks easy it doesn’t mean it is, nor does it mean that the outcome is easy. It is easy to step off the top of a ladder but it is not particularly easy to not be injured as a consequence. What seems the easiest way from the top of the ladder to the bottom turns out to be anything but.

This Sunday we are looking at an intriguing Old Testament character named Naaman. Part of what we are looking at is how Naaman thought he knew what would be the easiest way for him to get what he wanted. From there we go into a discussion about how faith can present itself. Sound confusing? Parts of it certainly could be, and it is possible that I bit off more than I could chew so give one or both of these a listen and let me know.

Knox Presbyterian It might be easier than you think

St. Mark’s Presbyterian It might be easier than you think 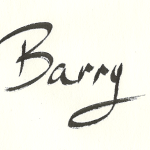