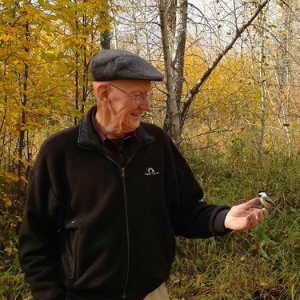 Fair warning, this post has no sermons but is rather some reflections on what it means to be human in the midst of all life provides.

The context is the condition of my father-in-law, Jim Frost. To borrow from a post my brother-in-law, Steve Frost, made:

Dad was admitted to Vancouver General Hospital on June 19, 2019. The progression of his Parkinsons disease had led to dysphagia (difficulty swallowing) which led to aspiration and eventually pneumonia. Doctors treated the pneumonia in the hopes of his strength returning and subsequently finding a manageable diet. On Tuesday July 2, doctors determined Dad’s ability to swallow had not returned. Medical intervention was suspended and he was placed in palliative care at VGH.

We think we know when we are not doing well. And most of the time I think we are correct. We often don’t know why or we don’t want to face the real reason why.

We, or to drop the fiction, the distance-creating illusion of universality, I often forget exactly how much I am affected by what’s going on around me. It is all too easy for me to think because I am not actively sad, or crying, or grieving, I must be fine. But I’m not. I’m not falling apart or losing my mind but a  huge part of me is working on something. That part of me is working through what it means for my father-in-law to die.

I never thought his death would be a trivial thing but it is even more than I would have predicted. So why am I surprised at how tired I am, or how much work it is to accomplish even small things, or how the very notion of going to work is absurd.

That irritating and unkind prat of me pops up to ask, “What’s wrong with you?” but there is nothing wrong with me; what’s wrong is someone I love is dying and that’s always wrong. It is so wrong there is no possibility of it being right. So, really, if it is taking a lot out of me to work out what this means, no one should be surprised. Least of all me. But I am surprised. I look at what I have gotten done and not done and I’m surprised? But why?

There should be no surprise. The work of saying goodbye to those we love is perhaps the hardest work we can ever do, maybe that’s why so many of us do it so poorly.

It’s tough being a person, tough being a human being, and loving people; fragile, fallible, ephemeral people makes it tougher still. But I wouldn’t have it any other way.